Each morning, I’m greeted with this: 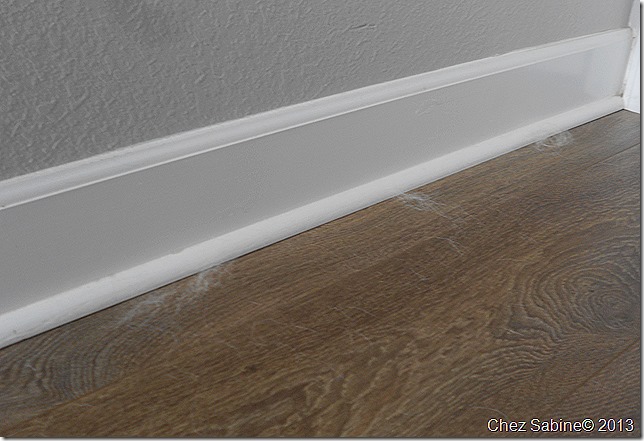 These two German shepherds are the reason I’m obsessed with vacuums. Combine that with the fact that I live in an area where I’m lucky enough to keep doors open year-round.

So, along with massive amounts of dog fur flying around, there’s also fine dust and sundry bits of plants that float in and out of the house as the breezes blow and the dogs wander. Then, there’s the occasional bird wanting to take a look around, so the feathers fly as well.

This is all to say that I vacuum a lot; some days I drag out the vacuum two or three times. And I’m always looking for the perfect cordless stick vac that will grab up dust and dog fur on hard surfaces as well as on throw rugs for quickie touch ups. The idea of plugging and unplugging a vacuum is so tedious. The small things get me.

So, when the folks at Electrolux contacted me about the new Ergorapido Brushroll Clean cordless vacuum, my knees got sort of wobbly at the thought that I might meet my dream stick vac.

I’ve been giving it a good workout, but is it a keeper? It received the VIP award, meaning that Ergorapido Brushroll Clean cordless vacuum was named a “Good Housekeeping 2013 Very Innovative Product for the way it solves an everyday problem.”

Do I think it deserved its VIP status?

Let’s have a quick word about the prices. The manufacturer’s retail price is $149.99. So, when Macy’s prices Ergorapido at $179.99, I say walk away. And when Kohl’s decides it wants to sell it on its website for a whopping $189.99, then thumb your nose at it, and click elsewhere. Right now, you can buy Ergorapido for $129.99 at Best Buy (on sale) and Amazon. Both offer free shipping. I realize that the stores can stick any price tag they want, hoping consumers will bite, but you also have the power to shop elsewhere, and you’ll nearly always find a lower price.

First look: Electrolux Ergorapido Brushroll Clean is a 2-in-1 stick vacuum that features a 180-degree swivel power head and bagless cyclonic technology. The handsome black-and-silver design offers a built-in hand vac, thus the 2-in-1. The Ergorapido Brushroll Clean gets part of its name from the built-in brushroll cleaner that automatically gets rid of hair that becomes tangled in the brush. Simply place your foot on the button at the base of the unit while the motor is running, and in 10 to 15 seconds, the hair is removed and sucked up into the dust cup.

Ergorapido comes with a charger that you can mount on the wall, or not, a power cord and two accessories – a small triangle-shaped brush and a crevice tool — that fit onto the tip of the handheld vacuum. Ergorapido has 12 volts of power, weighs in at just over 5 pounds, with a dust cup that holds about 1.4 quart of debris.

Good news: First, it slides on and off of the charger smoothly, which is really convenient if you’re grabbing it often. Ergorapido feels solid, and the swivel power head allows for smooth vacuuming, giving you the impression that you’re using a larger vacuum. On the floor, it easily devoured large fluffs of dog hair, sucked up crumbs, bougainvillea petals and even got rid of fine dust.

Ergorapido on its way to clean up a mess that Dexter left behind.

My larger vacuum makes a big deal over my foam kitchen mats, which it usually wants to chew up, but Ergorapido glides over them, leaving behind a fur and crumb-free surface.

While as a stick vac, Ergorapido is more than efficient, it’s the dual nature of this beast that really won my heart.

I don’t know about you but, for me, vacuuming is far more than cleaning the floor. I have furniture with little ledges and nooks that grab dog hair. So, even if my floor is clean, those dusty places bring the party down.

A simple squeeze of the two buttons on either side of the handle allows the handheld vac to pop out, even as the machine is running. It’s a brilliant feature, especially because it works flawlessly.

Snap on one of the tools, and you’re ready to get up close and personal with hard-to-reach dust and fur.

While the crevice tool is fine, it was the little brush that turned my head. When it’s attached to the handheld, it makes vacuuming upholstery as easy as running a comb through your hair. 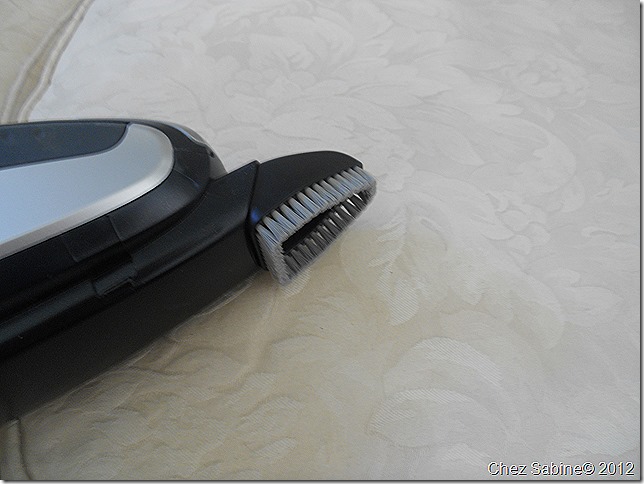 And there’s enough power so that you can really see the difference. 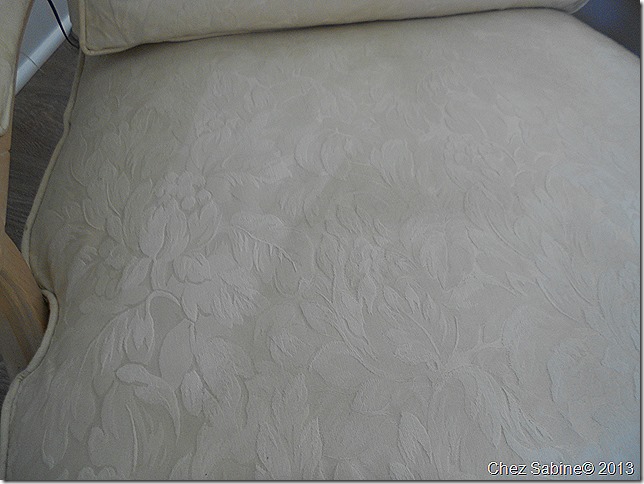 Yikes. I had no idea that this chair was so dusty.

OK, in case you haven’t noticed, I’m totally smitten with the Electrolux Ergorapido Brushroll Clean. And when I thought it couldn’t get any better, it showed me what it could do outside. I’ve been known to drag a full-size vacuum outside to tackle the outdoor furniture cushions. What a major hassle. But, now, Ergorapido has freed me from the drudgery.

I just snap on the little brush, and the handheld is ready to suck up anything marring the cushions. 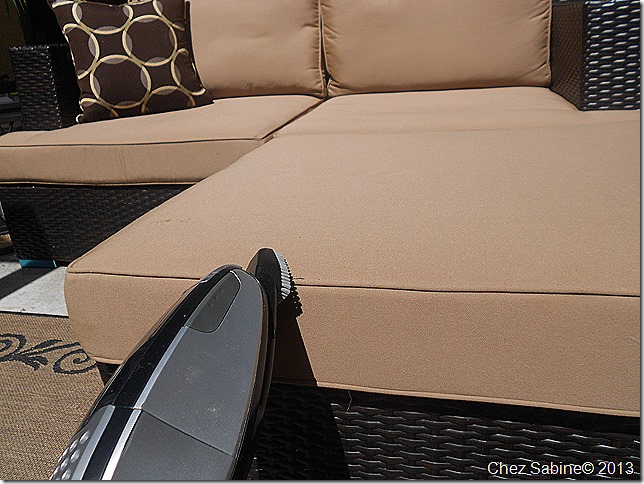 And it makes dusting the wicker simple, too.

I keep this guy busy, so I make sure it sits on its charger when not in use, and it seems to keep a charge for quite a while; it hasn’t conked out on me yet.

Another feature I like is that it’s really easy to pop the dust bin on and off to empty. Plus, there’s a little spring that you can pull that loosens the dirt on the filter. Brilliant.

Bad news: OK, so what’s not to like? Not much when you consider that Ergorapido isn’t meant to replace a traditional vacuum, unless you live in a college dorm or a garret overlooking the Seine. For me, there’s one important feature that Ergorapido is missing that keeps it from being the most perfect appliance in my house. It can’t stand up on its own foot. It has a severe case of the flops should you let go of the handle. It’s a minor quibble, and I’m careful to not let it drop, but you can’t even rest it against a wall or it slides to the floor like a sailor on shore leave after one too many Mai Tai.

Last words: Electrolux Ergorapido Brushroll Clean 2-in-1 Stick Vacuum suits my needs better than any other cordless stick vacuum I’ve used at this point. And you get a top-quality machine for the price.